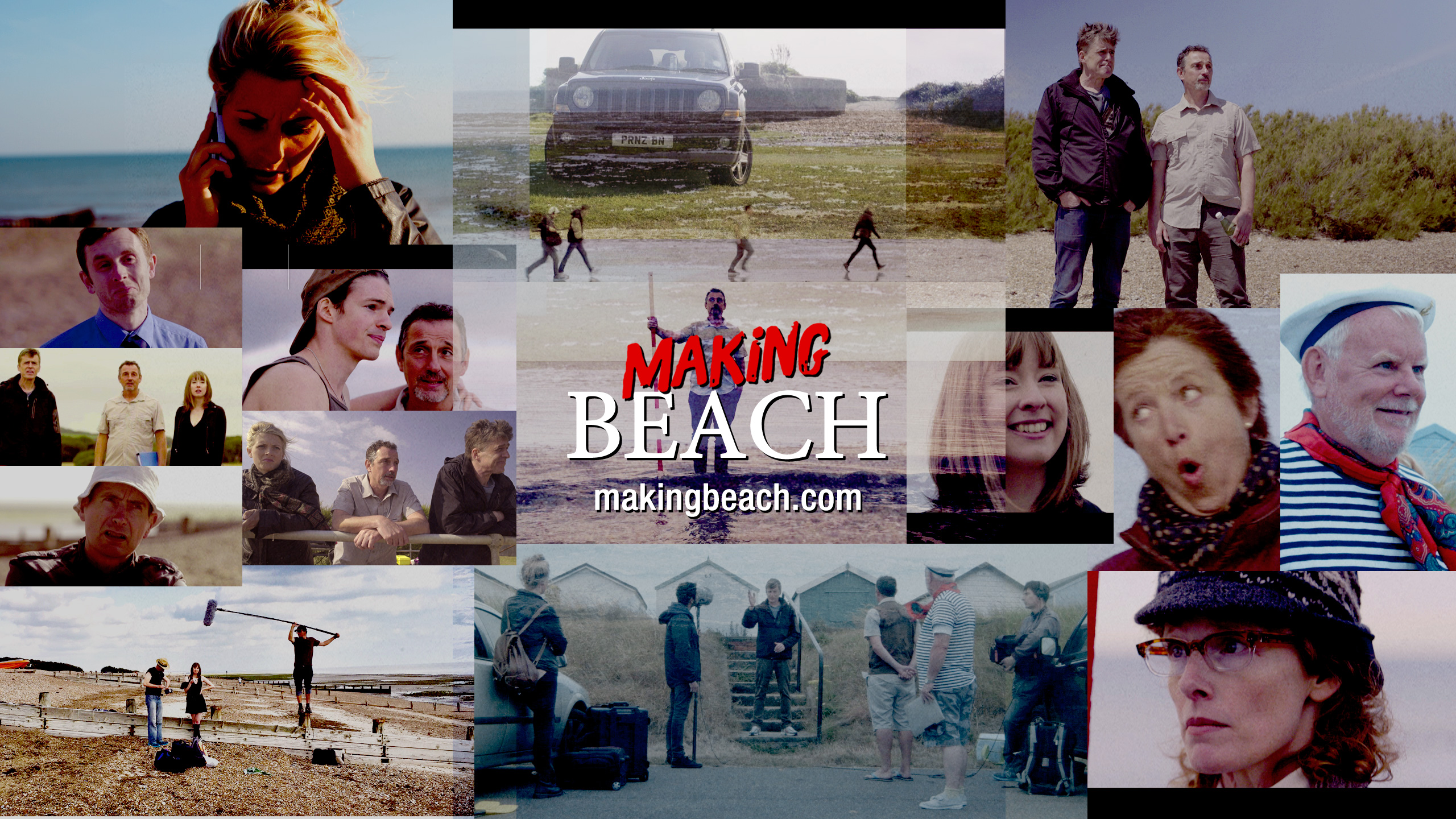 Unfortunately, due to unforeseen incompetence, Making Beach is all that remains of the disastrous shoot for natural history TV series ‘Beach’; a proposed Sunday tea-time audience pleaser from Aprill TV.

Written by award-winning Simon Messingham and produced by James Lane for Future Sun Films, this comedy web-series follows the unfortunate Professor Leslie Macready as he tries to get his life-long dream programme ‘in the can’. Battling an inexperienced, indifferent crew and hostile guest presenters, each episode traces a different day of excruciating destruction in what should have been a simple shoot on a beach.

Making Beach is an experiment in episodic story-telling techniques. We’ve all become used to watching good-quality drama and comedy via the internet and this series attempts to give its audience an experience to truly dip in and out of. Constructed around four main episodes, Moany Liz, Amy, Sailor Gerry, and Prince Ben, the series also separately introduces the main characters, gives us behind-the-scenes clips featuring character reactions to previous scenarios within the episodes and insights into their eccentricities. These clips all build a broader context and depth to the experience of watching Making Beach as a whole.

We hope you enjoy Making Beach and we would love to know what you think via any comments here or feedback via Twitter or Facebook.