NIC – running for her life 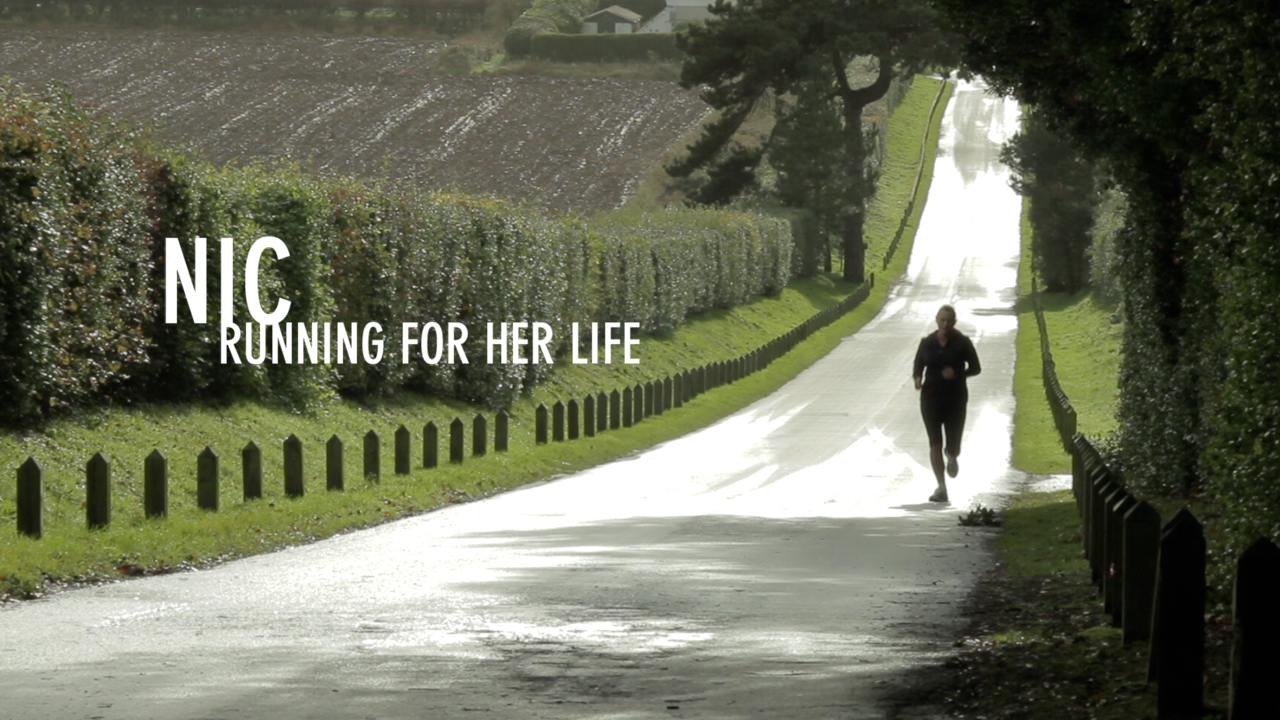 Nic Naish is living ‘an unordinary life’ (her words). Married with one daughter, she is the third generation of her family to contract breast cancer; the first to survive.
In 2012, as a response to her long treatment, she decided to run the London Marathon for the charity Breast Cancer Campaign.

This documentary starts with Nic’s very personal journey as she trains to run that marathon. She is, in her own words, an ordinary person. But she has had to deal with a set of extraordinary events in her life. But she isn’t one to be defeated and it’s her massively positive attitude to life that touches and inspires so many people.

The story broadens out from Nic’s training regime to follow the questions, the discoveries and unconventional approaches she’s taken to her cancer treatment. It is a process that opened up a new world to Nic and radically changed her life to the point where she has changed career to concentrate more fully on health, and particularly cancer, awareness in her local community. She is now bringing her experience to bear with continued advisory involvement with the NHS to help develop new approaches to research and treatment, retraining as a nutritionist and starting a business.

This film is following Nic over a long period of time. Production currently has a completion date during 2017 with final release towards the end of the year.